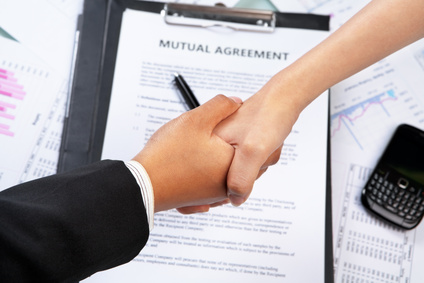 Steve was appointed by The Electrical and Communications Association, to adjudicate a payment claim dispute between a Contractor and his Subcontractor on a major infrastructure project. Steve had jurisdiction, under the Construction Contracts Act (WA) 2004 (as amended in 2016), to determine the matter for the parties. However, it was resolved, and Steve made a Determination, […]

Steve was appointed to determine a dispute between a party that had registered a xxx.au Domain Name and another party that claimed predominant rights to that particular Domain Name. The process is a rapid adjudication, in accordance with a dispute resolution process (auDRP) prescribed in the terms of the license to use that Domain Name. The […] From Bloomberg, 5 May 2017: Signs are emerging that the Chinese government’s renewed drive to curb financial leverage is starting to bite. The number of wealth-management products (WMPs) issued by Chinese banks slumped 39 percent in April from the previous month, while trust firms distributed 35 percent fewer products, according to data compilers PY Standard […]

In April 2017, Steve mediated a long-running dispute in a retail tenancy matter in a suburban shopping centre. Negotiations between the Landlord and Tenant, to agree a new lease, had been protracted (some 18 months) and no agreement achieved. The tenant continued to trade under a periodic tenancy for a total of about 30 months […]

In the first quarter of the 2017 calendar year, Steve was appointed by to adjudicate payment-claim disputes, each for amounts under $100k. In two of the matters, Steve successfully encouraged the parties to settle the matter by mutual consent and the Applicant was able to withdraw the application (in accordance with the recently-amended Construction COntracts […]

Commencement of the remaining amendments to the Construction Contracts Act 2004

Building Commission Industry Bulletin 80 Principals, contractors, subcontractors, and suppliers working in the building and construction industry should be aware that the remaining sections 7 and 20 of the Construction Contracts Amendment Act 2016 will commence operation on Monday 3 April 2017. Follow this link to read the full Bulletin

The Small Business Development Corporation (SBDC) recently thanked its mediators for their outstanding assistance throughout 2016. In the last financial year, the value of disputes successfully resolved through the SBDC mediation process was estimated at $5.2 million. Follow this link for details about the SBDC service

Steve recently determined three payment claim disputes on a major government-building construction project. The three disputes were between the same parties on the same project. They involved approximately 150 separate contract variations.The total value of the claims was approximately $2 million.

Perspective on the US Election and Global Political Landscape

Steve recently successfully facilitated the resolution of a family agribusiness dispute by mediation. The business is substantial, including many thousands of hectares of land, substantial stock holdings, and production of multiple crops. The dispute involved siblings and also crossed generations of the family. It involved issues of estate planning, succession and orderly separation of assets […]